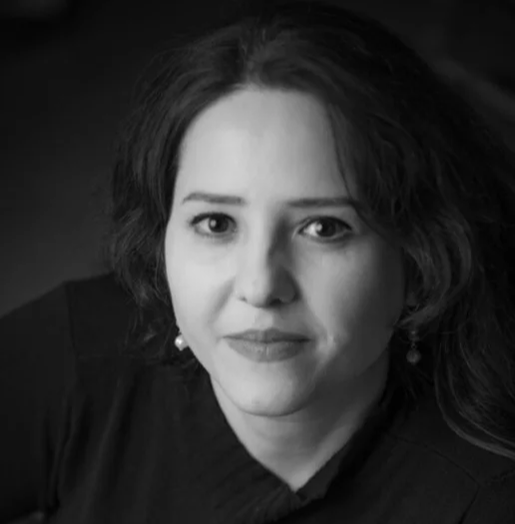 Iranian born designer and artist, Zahra Jahanyfard attended Pardis University of Esfahan, Iran, followed by the establishment of her own professional Art Institute – Bahar – in Najafabadi, Iran. After immigrating to the United States in 2007, she continued her education and graduated from the University of Central Missouri with a bachelor of Fine Arts in Studio Art. As part of her study program, she was a recipient of the Study Abroad Scholarship which allowed her to spend time in Paris, France. Jahanyfard’s designs and artwork are inspired by her cultural and social background, her studies in the US, and the experience of being a woman influenced by her past and present worlds. Her artwork features mixed media, has been exhibited in numerous venues, and has received a multitude of awards both in Iran and in the United States. Her artwork is the evolution from a school building in Iran to the fulfillment of the American Dream.  It is the story of her life and experiences and comes from her heart to all people!